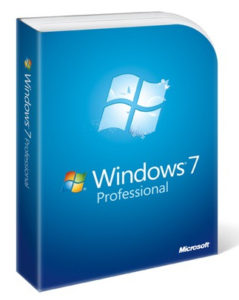 elieve it or not, some hardy souls are still running Windows 7 on PCs equipped with turn-of-the-century Pentium III CPUs. But the latest round of Windows 7 security patches won’t install on those devices. Here’s the background.

In August 2000, nearly 18 years ago, Intel proudly showed off its newest CPU family, the Pentium 4.

ZDNet was there to cover the announcement and highlighted one of the signature featuresof the new chip:

The Pentium 4 does have other advantages over the Pentium III, analysts said. It packs an improved floating point unit and a new set of multimedia instructions, called SSE2, that allow the chip to process multimedia in parallel, thereby speeding performance. [emphasis added]
I’m old enough to remember that announcement, and yes, the addition of support for Streaming SIMD Extensions 2 (SSE2) was a big deal at the time. It was a high-end feature in 2000, but by 2004 or so every mainstream processor supported this feature. The CPU in your more modern PC almost certainly supports a later version; the latest and greatest release is SSE 4.2.

The point is, if you’re running a PC today, in mid-2018, that doesn’t support SSE2, you should be charging admission to your computer museum. You probably upgraded it from Windows 98 to Windows XP and then to Windows 7, and you’ve been humming along for nearly two decades, which is impressive.

SSE2 support became a big deal in 2012, when Microsoft announced that it was one of three mandatory CPU features required for its new OS. Windows 10 has the same requirements.

That was six years ago, an eternity in computing terms, so imagine my surprise when the subject came up again just last week, this time in the context of Windows 7.

The problem began with the March 2018 monthly security update for Windows 7 (KB4088875), which included this warning under the “Known issues” heading:

A Stop error occurs on computers that don’t support Streaming Single Instructions Multiple Data (SIMD) Extensions 2 (SSE2).
As my erstwhile coauthor and longtime friend Woody Leonhard noted in his wrap-up of the issue, the text alongside that issue, under the column labeled “Workaround,” has changed over the past three months. Initially, it said, “Microsoft is working on a resolution and will provide an update in an upcoming release.” But in the latest (June) update, the text now reads: “Upgrade your machines with a processor that supports SSE2 or virtualize those machines.”

Is this a violation of Microsoft’s support commitment to its customers using Windows 7? Not under the terms of the Microsoft Business, Developer and Desktop Operating Systems Policy, which anticipates this very situation:

Microsoft is committed to providing products with improved security. Although we strive to remove vulnerabilities during development, software vulnerabilities remain a fact today and we must be prepared to respond when they are discovered. Microsoft advises customers to install the latest product releases, security updates, and service packs to remain as secure as possible. […] Older products may not meet today’s more demanding security requirements. Microsoft may be unable to provide security updates for older products. [emphasis added]
And that’s exactly what appears to have happened here. Beginning with the March update, those cumulative Windows 7 patches won’t install on a Pentium III system.

Microsoft hasn’t disclosed the reason behind that incompatibility, but you don’t need much of an imagination to figure that the problem is probably related to the Spectre and Meltdown vulnerabilities, which affect two decades’ worth of Intel CPUs.

I’ve asked Microsoft for further details, and I expect a vigorous “No comment.” (On the off chance that they surprise me, I will update this post.) But even without their comment I can surmise that the massive changes required by the Meltdown/Spectre patches were too much for the Pentium III family to handle, and so those machines reached the end of the Windows 7 support cycle about 18 months earlier than their younger brethren.

Does Microsoft have a responsibility to support ancient CPU architectures like this? I have a hard time summoning much sympathy for anyone who has managed to squeeze 18 years of life from a PC and can probably replace it with one that is 20 times more powerful at about 20 percent of the price.

What’s remarkable, in fact, is how rarely this has happened in the past. Last year, Microsoft cut off support for feature updates for a very small number of Windows 10 PCs but agreed to continue providing security updates until 2023. And, of course, the whole “Vista Capable” debacle will forever be a stain on Microsoft’s reputation.

But those incidents involved hardware that was either brand new or only a few years old.

When you’re demanding support for hardware that’s nearly old enough to vote, you have a much weaker case. And in this set of circumstances, the bottom line is that the support window for an 18-year-old device is being shaved by roughly 18 months.

Given the sudden and violent nature of the Spectre/Meltdown issues, that hardly seems unfair.

If you’re one of the very small number of people still running Pentium III hardware, you might do well to recall the words of the great George Burns, who turned growing old into a career. “I get up every morning and read the obituary column,” he once famously said. “If my name’s not there, I eat breakfast.”

For anyone trying to extend the life of a 1990s-era PC, check the obituaries. Then skip breakfast and go shopping for a modern computing device.